In the ModuleCeilings for conventional ceilings the VarioModule pipes are already fully integrated in the rear of the gypsum fibre boards. 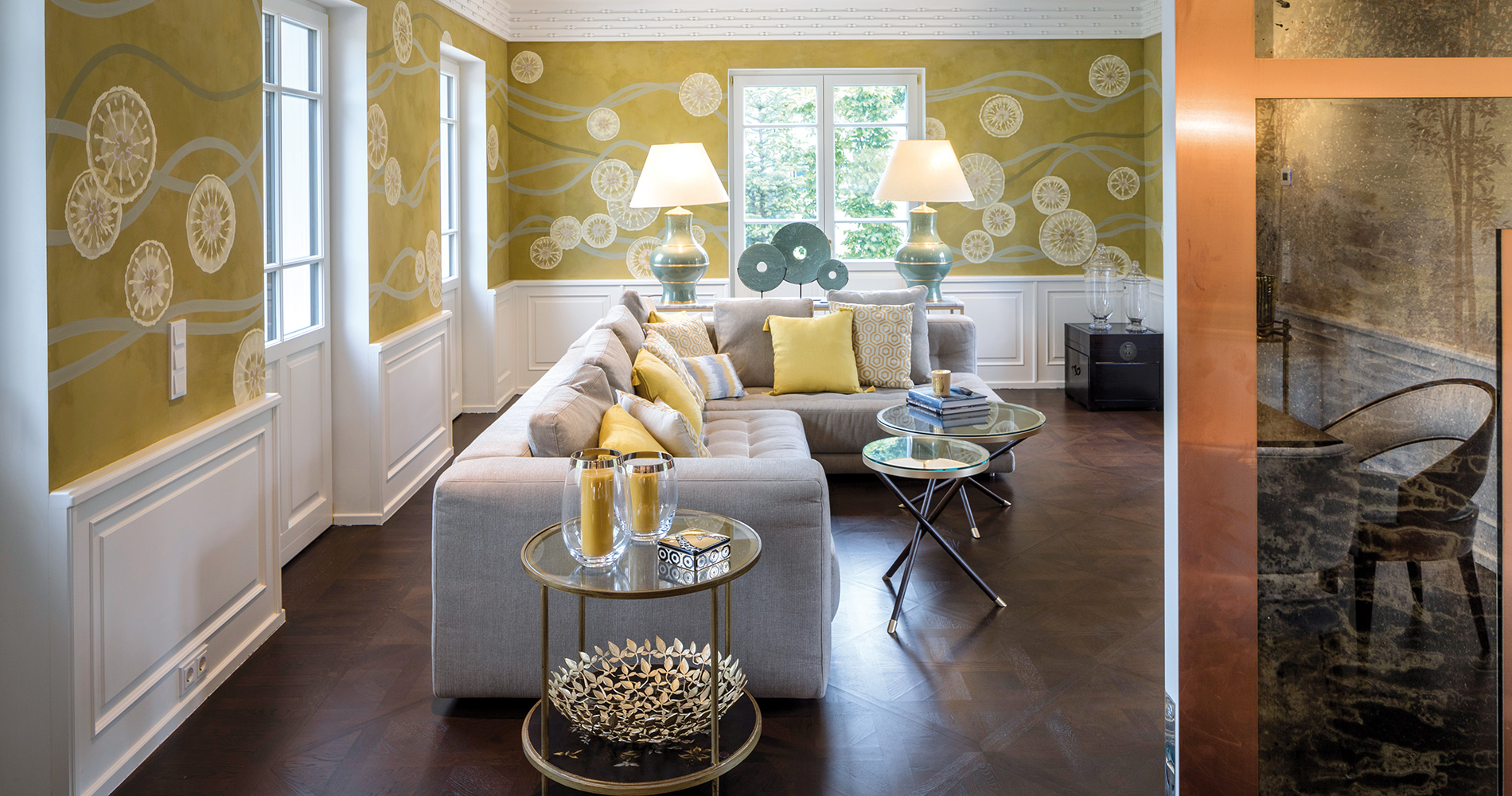 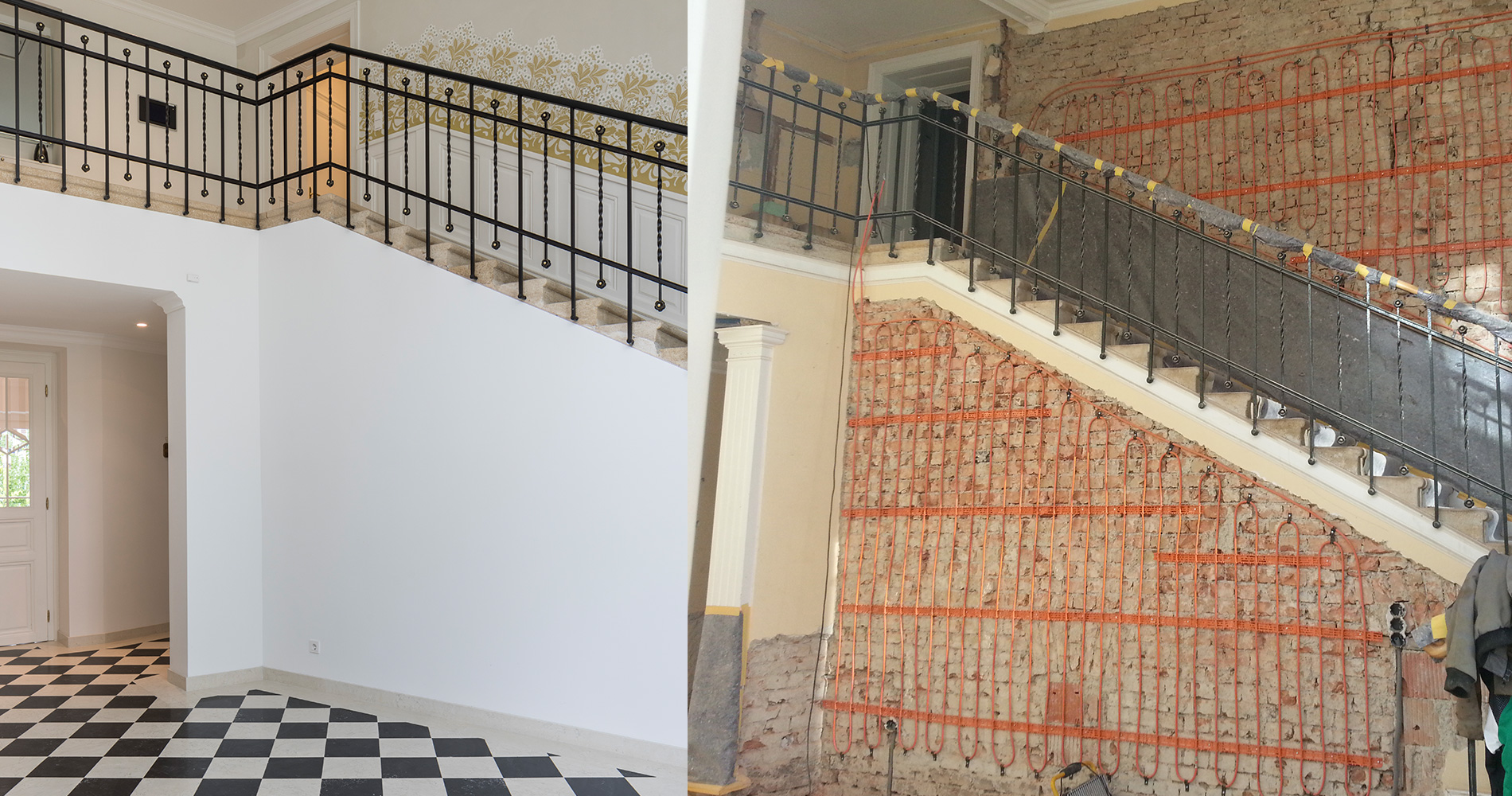 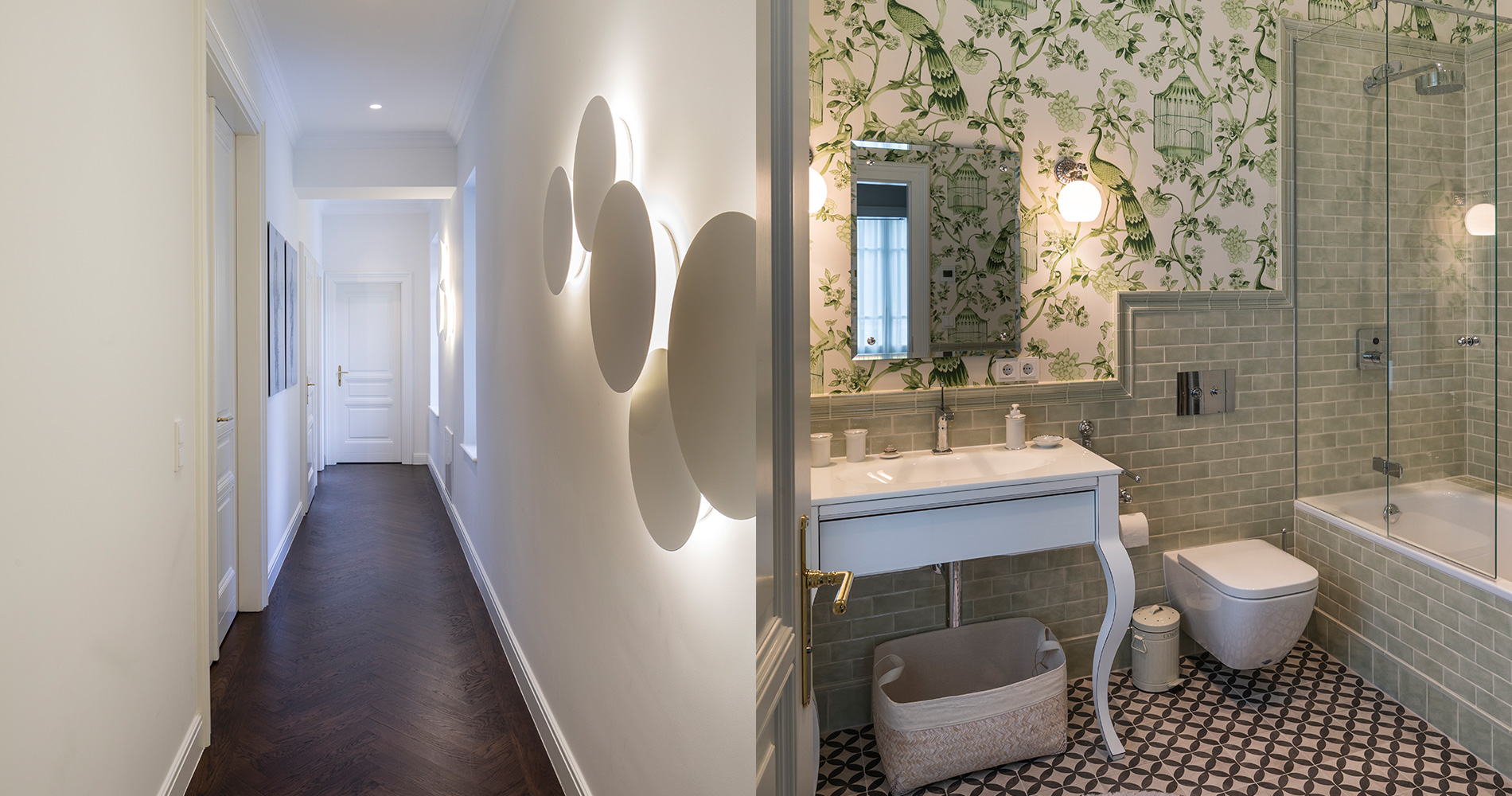 From old to wonderfully new

In the middle of idyllic parkland in the Vienna Woods, an 18th century villa was renovated over a 2-year period. Modern building technology provided comfortable room temperatures, in winter and summer.

While the green spaces were redesigned and a two-storey annexe was built with an area on each floor of 30 m², the style and fabric of the villa remained in their original state – as the building owner had instructed. The Italian designer Stefano Tordiglione was responsible for the tasteful interior decoration.

Down to the basics

However, first, several major renovation works were required. In order to seal the foundation plate, and to drain the outer walls, the entire floor structure on the ground floor was removed, sealed and rebuilt. The particular challenge about this project was that since the mixed masonry of the original building, consisting of stone and brick, was combined with the well-insulated annexe, the surface heat load fluctuates between 40 and 210 watts/m².

In order to keep the flow temperature for the two newly installed air-water heating pumps as low as possible, the floor heating was supplemented by wall or ceiling heating in rooms with two or three external walls in the old building. In rooms with a large number of blocked-out areas (such as the kitchen, utility room and wardrobe), the Variotherm ModuleCeiling was installed in addition to the floor heating – not least in order to avoid too high surface temperatures in the floor.

Design with comfort in mind

A major concern for the building owner was the creation of a comfortable living climate, while at the same time not interfering with the unusual interior design. The two bay window rooms and the entrance hall, which is mainly glazed, and which extends over two floors, with a room height of six meters, the Variotherm EasyFlexWall was used in addition to the floor heating. As a result, the calculated thermal requirement was covered on the one hand, while on the other, thanks to the exchange of radiant heat – both during the cold and hot months – a comfortable climate could be created in the room.

In total, a living area of 430 m² had to be heated during the winter, while in the summer, the 80 m² bedroom area had to be cooled, without noise or air circulation.The cooling capacity installed above the ceiling and wall surfaces is 5.4 kW.