All components of the system are perfectly matched. The specially milled routings of the VarioComp panel. The easy to bend VarioProFile pipe with an extremely stable form. The ideal height for the optional XPS insulation panel. The fast drying VarioComp filling compound. 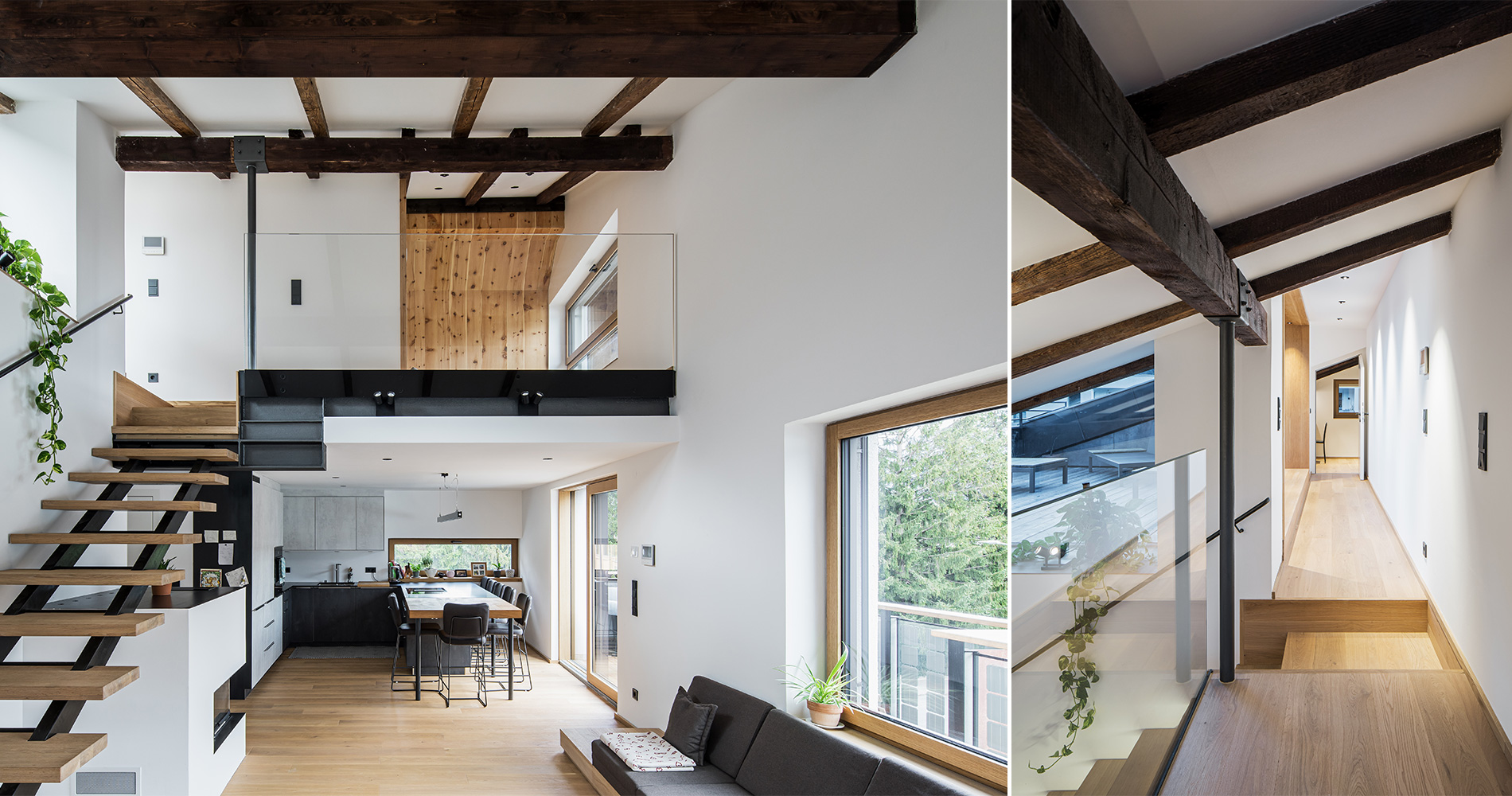 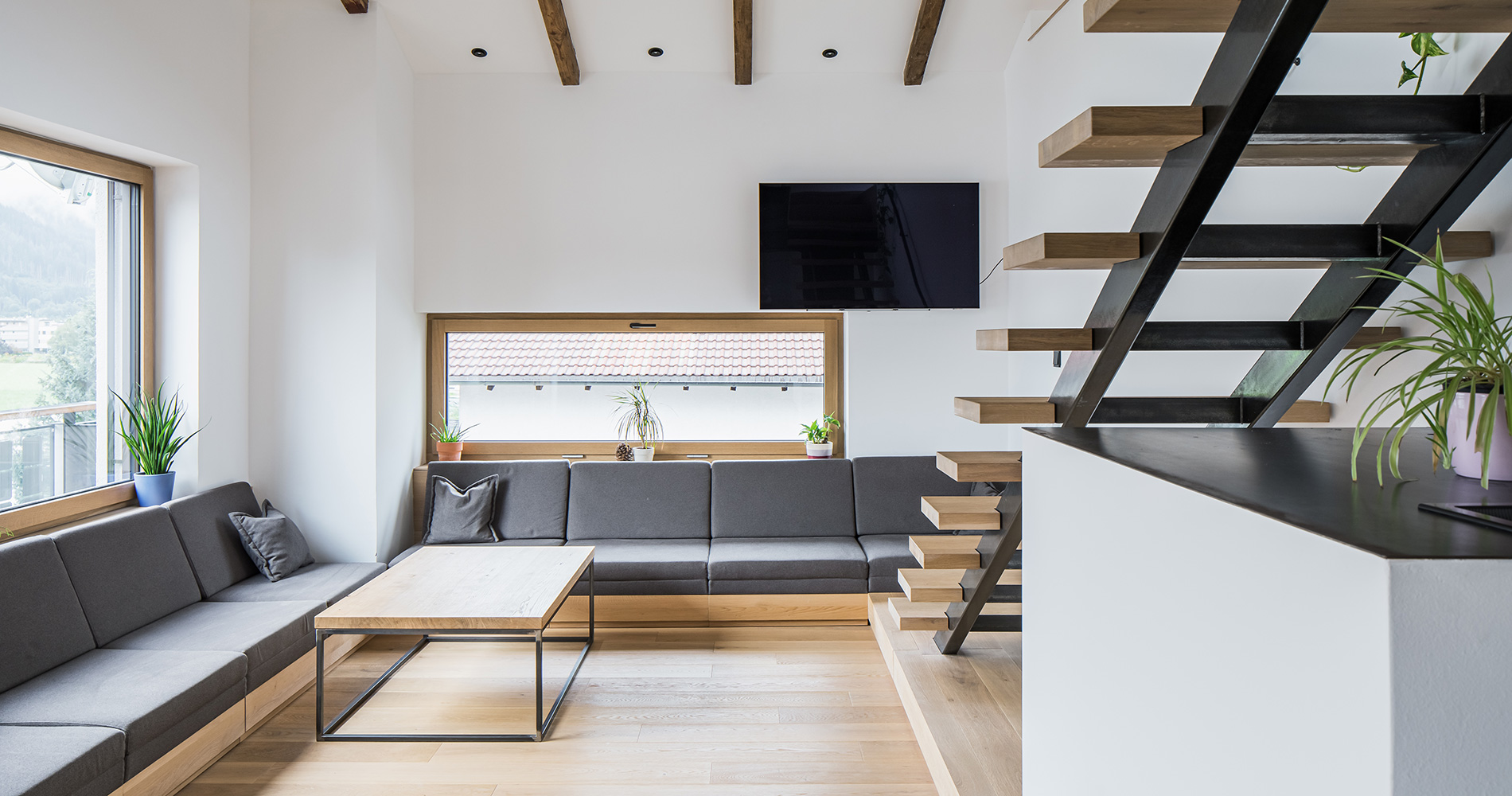 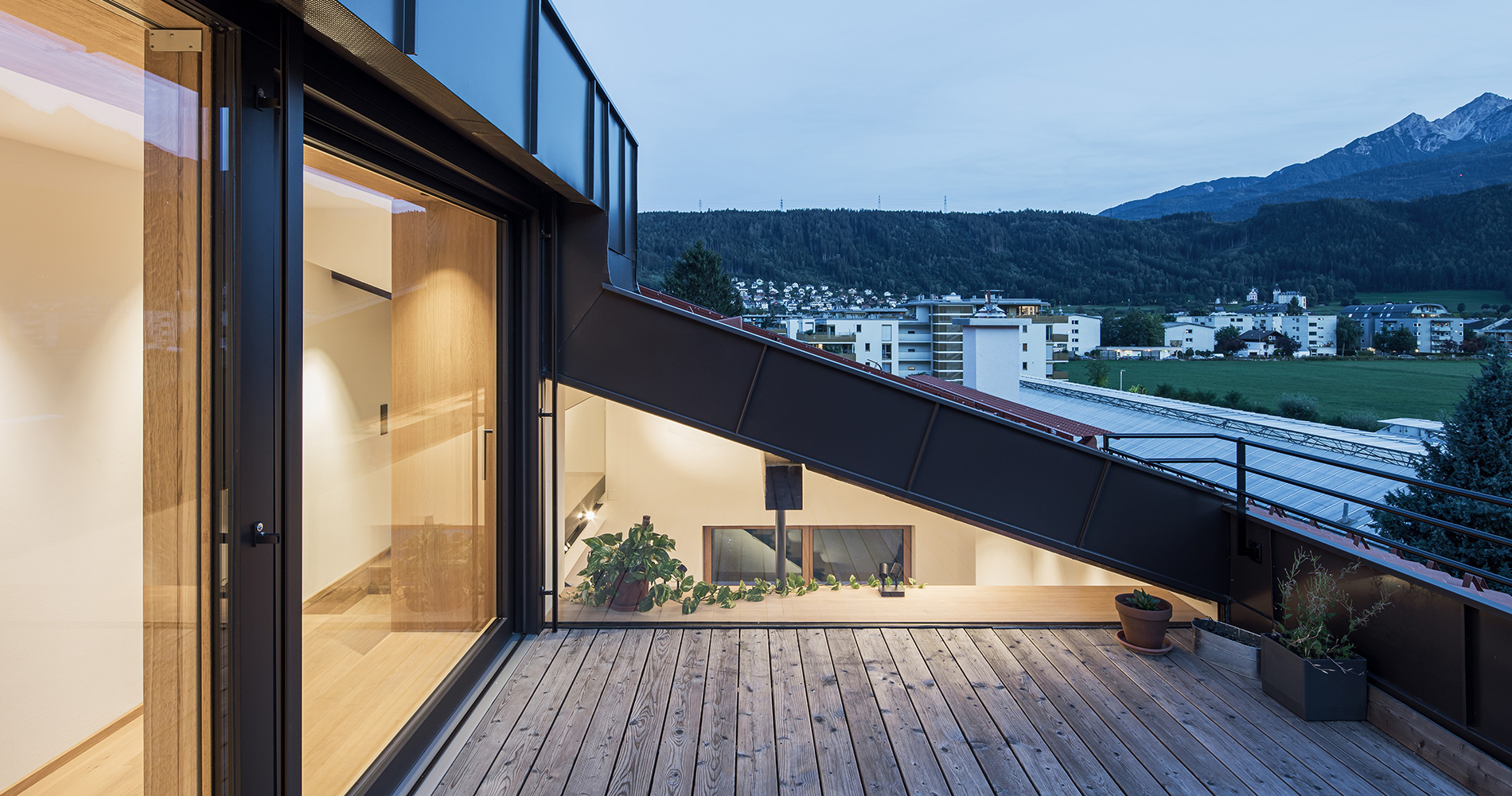 Variotherm >  References  >  A dream in Tyrol

A dream in Tyrol

In Innsbruck, an apartment that until recently had been in a state of disrepair has been given a new lease of life thanks to extensive refurbishment works and the extension of a disused attic. A cleverly designed building technology concept is also providing the necessary level of comfort.

The revitalisation and expansion of an apartment that now has 100 square metres of living space in the heart of Innsbruck is an example of just how much can be achieved with precise planning, building expertise and ultimately a strong sense of determination. Originally, the single-storey home was in a poor state.

Architect DI Florian Lamprecht from beaufort Architekten ZT GmbH describes what happened: "Originally, I even tried to talk the owner out of the project, as the house was in a terrible condition. However, they were determined to renovate the apartment and to bring together the attic spaces, which until then had been separated and were unused. So I tried to do something with what was already there."

No sooner said than done: Lamprecht, the architect, designed the construction schedule, and work on the challenging project began in October 2018.  Work continued in earnest until the apartment was completed in December 2020: the roof was renewed, insulated and tiled, the storey ceiling was reinforced, all interior walls were rebuilt, some of the windows were repositioned and the balcony was refurbished and enlarged. The outer walls surrounding the refurbished apartment were insulated.

The attic was extended and modernised, and now contains a room with a shower. In one area, a gallery was constructed with walls made of pine, a large window and a view to the south. Now, a new interior staircase leading to the upper storey provides an exclusive, decorative addition to the apartment.

The static structure was one of the biggest challenges: "We were not able to add too much additional weight. That’s why we decided to install a wooden beam ceiling down towards the adjacent apartment, and abandoned our original idea of inserting a concrete ceiling", Lamprecht explains.

A dormer not only provides the light and ventilation needed for the room, but also makes it possible to fully use the attic, since construction regulations did not permit any changes to the height of the building. An attractive terrace offers a fabulous view in almost all directions, from the “Patscherkofel” to the “Nordkette” mountains. Photovoltaic elements were integrated into the balcony railings, which provide electricity to a heat pump. The heat pump is now installed in the newly created storage space, where the stairway to the attic used to be located.

Climate change that’s worth the effort

When it came to the building technology, the architect and the installer opted for the extremely energy-efficient modular floor heating system VarioComp. It’s easy to see why. Since the existing, reinforced wooden beam ceiling with the new flooring on top meant that a very thin floor heating system was required, the Variotherm system was the planners’ first choice. It has the advantage of a very thin construction height of just 20 mm and a low weight of around 25 kg/m², and offers a great deal of freedom when it comes to interior design.

The 11.6 mm VarioProFile pipe (aluminium multi-layer composite pipe with profiled surface) was evenly laid over the pre-milled 18 mm-thin VarioComp panels (health and safety tested gypsum fibre boards). Laying the pipes close to the surface meant very fast reaction times, quickly bringing the floor surface to the required temperature. Thanks to its radiant heat, the VarioComp also created a comfortable room climate. On top of this, due to the low flow temperatures, hardly any convection is created, and the room remains free of dust circulation.

Lamprecht, the architect, is delighted with the final result. "I used VarioComp for the first time. There were no problems with the installation. I will certainly use the product again in the future."